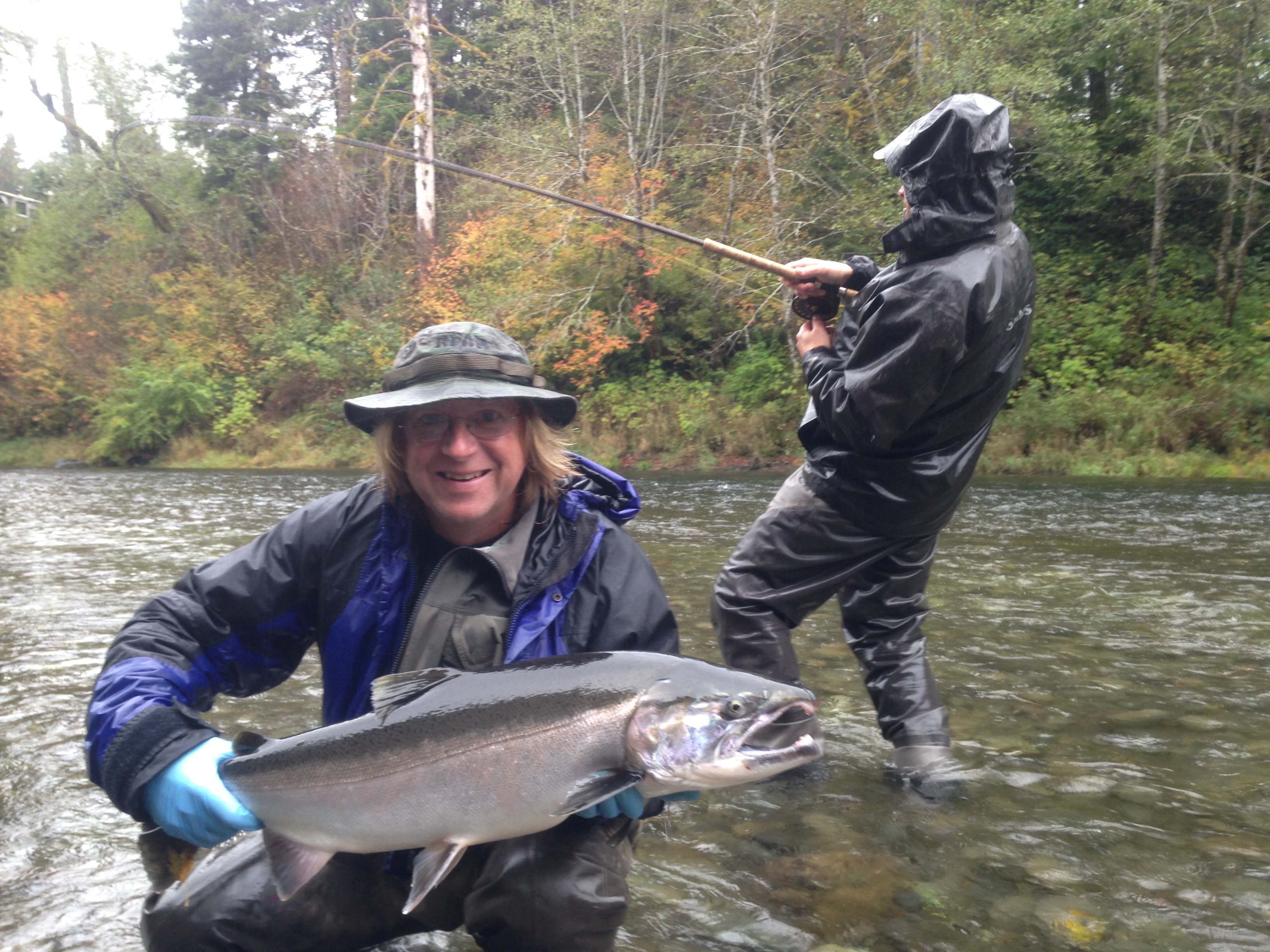 All the info about your trip.  Rates. Boat. Gear. Etc 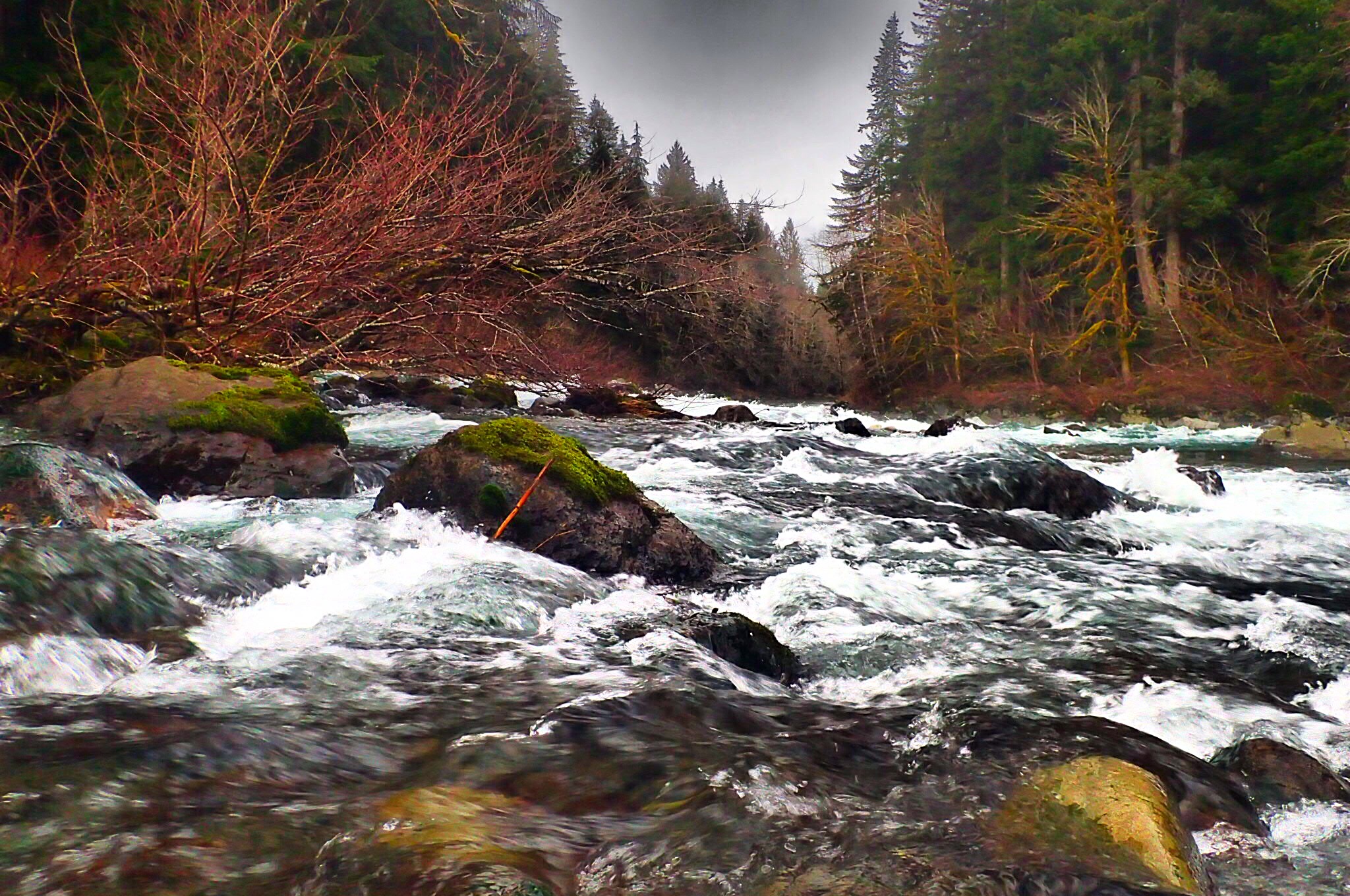 Check out the fabulous rivers we fish 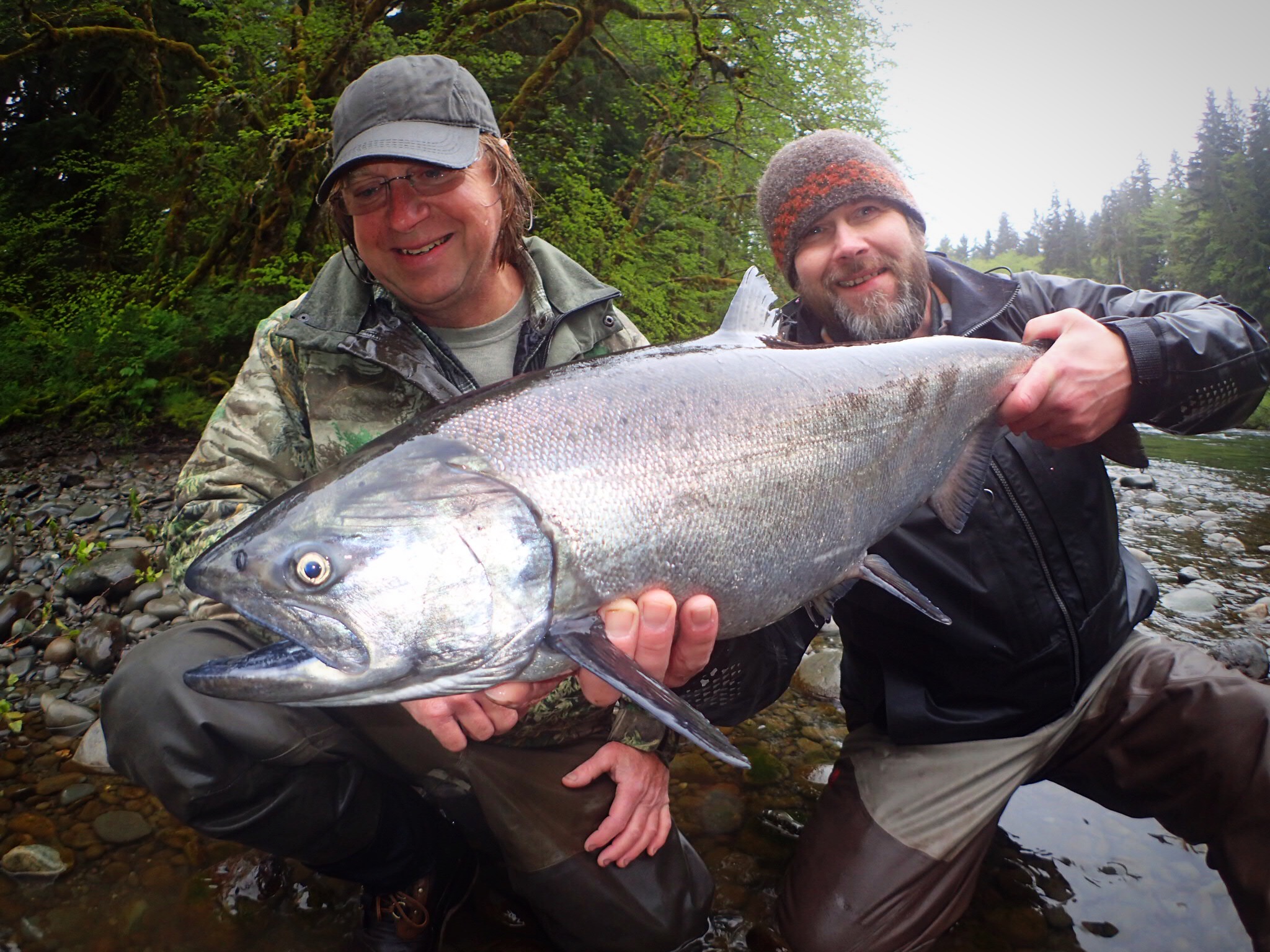 Just some of the fantastic fish

Salmon and Steelhead Fishing Guide : Mike Z’s Guide Service was started in January 2008 after being in Partnership with Bob Kratzer of Anglers Guide Service and Alaska KingFishers for 11 years.

I started my Guiding career at Mission Lodge in Alaska where I worked for five years as Guide and Head Guide until I had the opportunity to work at Alaska Kingfishers where I spent six summers Guiding and Managing.

Now I spend my summers at home guiding in Washington State. Born in Illinios in 1969, and moved to Washington in 1974 at the age of 4. Moved to Poulsbo and lived there until I graduated from Olympic Community College. After graduating from Olympic College I moved to Vancouver, Washington to attend Portland State University where I received my degree in Biology.

I moved to Forks in 1997 and started guiding full time. I now reside in Forks with my wife Tammi and step daughter Shilo. We enjoy the fishing and hunting in the beautiful Olympic Peninsula. Living in Forks gives us an unlimited opportunity to explore the beaches,  the Olympic Mountains, the magnificent rivers and pristine local lakes.

When I am not guiding other anglers I am pursuing my passion of bowhunting elk in the western states.  Although we mostly gear fish, I have a passoin for fly fishing and the Olympic Peninsula river's let me enjoy and share my passion with my clients. There's nothing like catching a trophy steelhead on the fly. 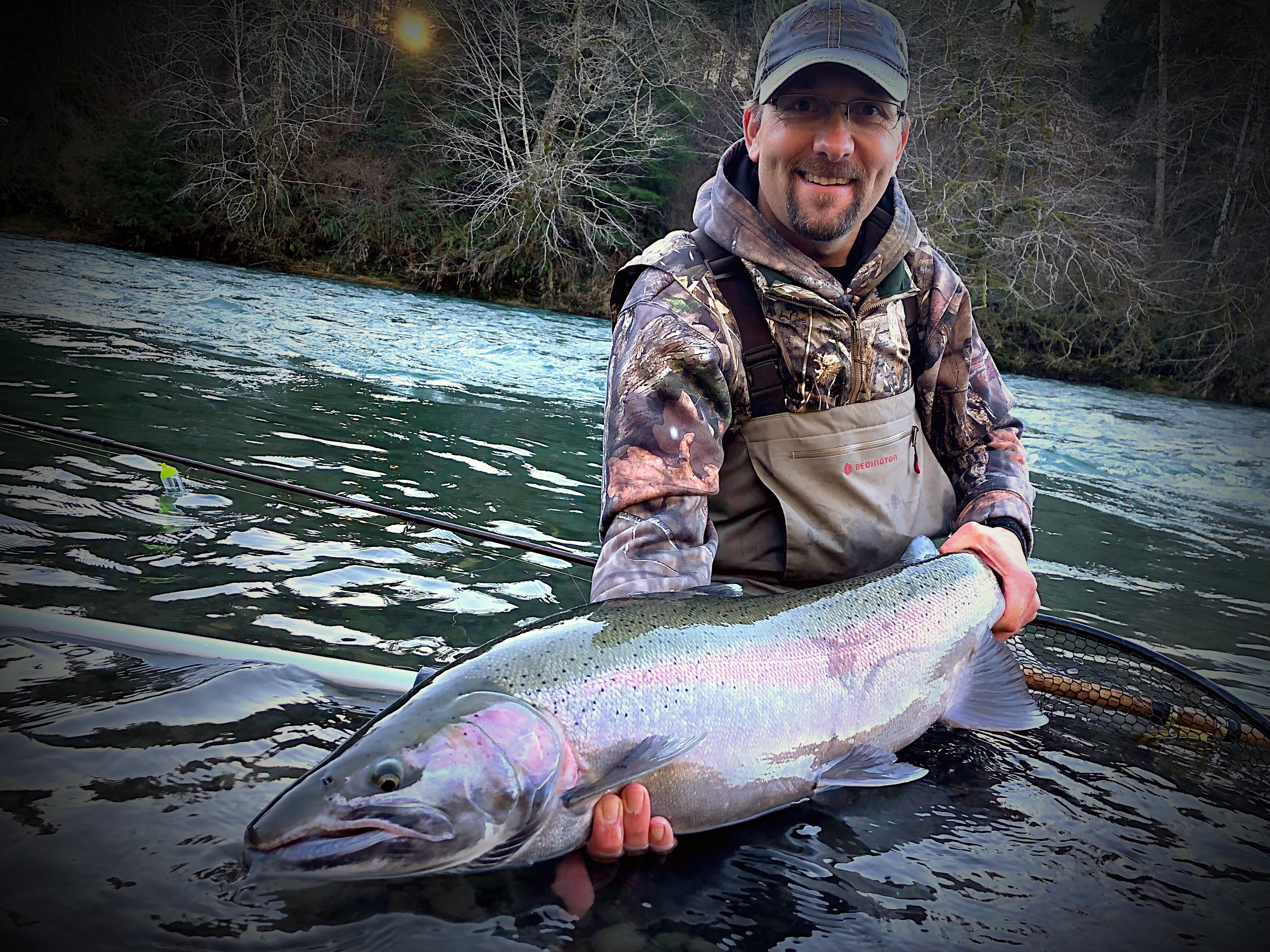 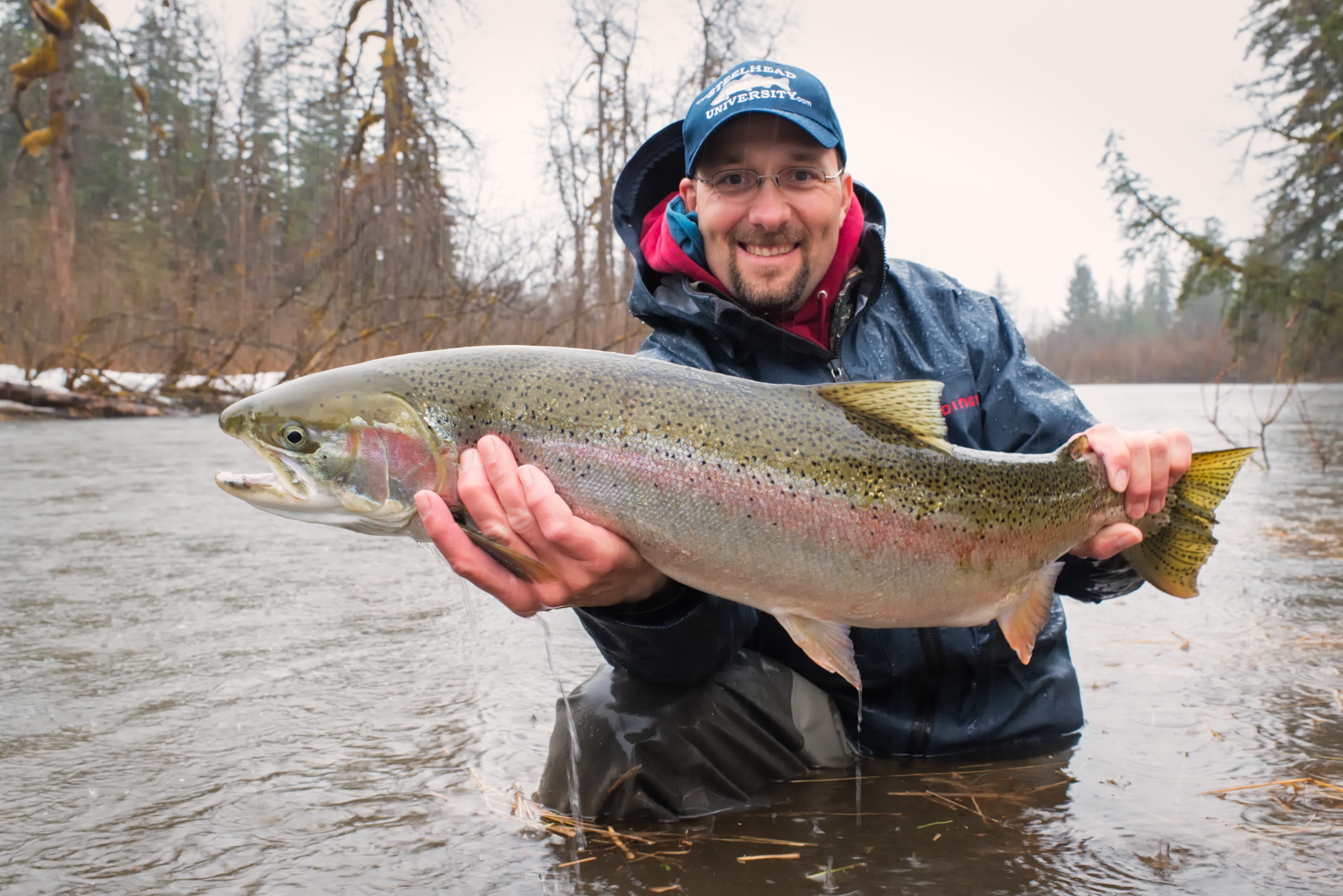 How about FlyFishing those famous Olympic Peninsula Steelhead!

Prime spots fill up fast.  Let's get you on the books now!